Crafting a great sales message for your business is equivalent to scaling a mountain.

You need to be properly prepared, and is best done with someone who knows the way. 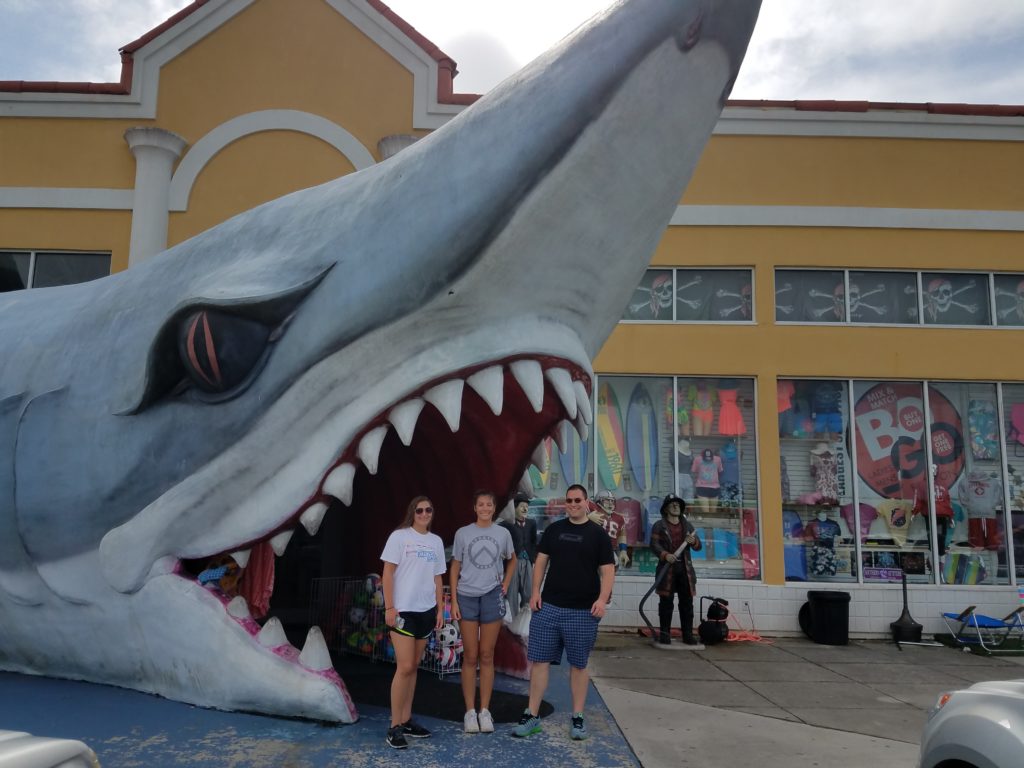 I was recently got back from a family trip.

“Largest Shark In The World!
Hwy 210 next right”

Being curious, we stopped, and took this photo… 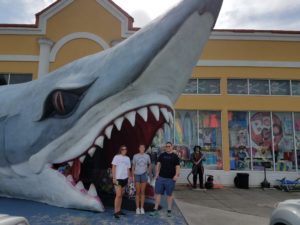 There’s a certain type of person that would feel awkward about taking a photo like this and then not buying anything.

I am not one of those people 🙂

I knew that the prices would be inflated because of the nature of these type of stores.

I mean they call them “tourist traps” for a reason…

My two sisters on the other hand, ended up leaving with 4 t-shirts, 2 hoodies, and some other trinkets.

Which brings me to the point:

Don’t assume that what some “expert” said is correct…

It seems that almost every day there is someone touting some type of advertising medium is dead and that you shouldn’t use it anymore.
Billboards are dead!

“Don’t use those old cryptic methods that are no longer effect in today’s market!”

My story about the shark billboard is proof of life… they aren’t really dead and never were.

In fact when a medium really dies, people quit talking about it altogether because no one uses it anymore.  It becomes irrelevant and then it kind of just disappears.
For example – when was the last time you received a telegram?  That medium evolved into the phone, cell phone, email, and now text messaging.
There might be some place you can still send one, but no one is running ads on them or talking about telegrams.

They key point is this:

Anyone who claiming that an entire medium is dead, is just plain wrong, seeking attention, or worst of all – so ignorant that they really believe what they are saying is true.
While I fully agree that not every medium is ideal, effective, or profitable for every product or service…

It’s plain wrong to say that an entire medium is dead or no longer effective without putting some context to it.

Is the shark billboard effective?

Do I know that the shark billboard is profitable?

I know large billboard ads aren’t cheap, neither is building a massive concrete shark, and there were so many people inside the store, it was hard to walk.

There was also a massive checkout line which was almost the entire length of the store.

The next time your hear someone say something some medium is dead and you shouldn’t be using that to market your product, I would urge you to say

“Prove it, prove to me it’s dead or not effective for my product or service”

Do some research before running your ads…

Find out who buys your product, why they buy it, and where do they spend their time.

Do they read the newspaper, listen to podcasts, spend time on social media, etc.

Then test your research, and let that dictate where you’re putting your money, not some random claim by someone who likely doesn’t know what they are talking about.

Don’t just assume – test and prove it yourself